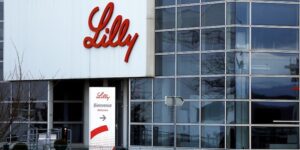 Tech led the market down, while energy and healthcare offset some losses.

Twitter was down over 5% after the company permanently banned Trump from his account. Alphabet and Apple closed over 2% lower after banning Parler, a conservative social media platform that failed to stop the promotion of illegal activities, from app stores.

Eli Lilly jumped 12% after positive news was reported on the company’s Alzheimer’s disease experimental drug. The drug has shown a decline of early symptoms in patients.

While there are concerns over further Covid lockdowns impacting oil demand, energy stocks were in the green after oil prices went up. ExxonMobil was up 3% and Chevron added close to 1%.