Everything You Need To Know

US futures are trading higher after yesterday’s record close for the S&P500.

European and Asian markets are trading higher on a positive global sentiment.

Gold is trading higher while the US dollar and yields fall as the FED maintains their dovish monetary policy. Oil is down around 0.5% as US gasoline inventories were higher than expected.

Uber is spending $250m to recruit and retain drivers as they expect a surge in riders over the next couple of months. Plaid just raised $425m at a $13.4b valuations months after Visa’s acquisition of Plaid fell through for $5.3b. Coinbase reported $1.8b in revenue for Q1 of 2021 900% yoy.

GameStop is trading 2.2% higher after it was announced Ryan Cohen will become chairman of the board of directors. Apple is trading 1% higher after delaying some production of MacBooks and iPads due to the computer chip shortage. Bilibili is trading 2.1% higher after they denied the Reuters report that they were buying a stake in Yoozoo Games.

Chart of the Day 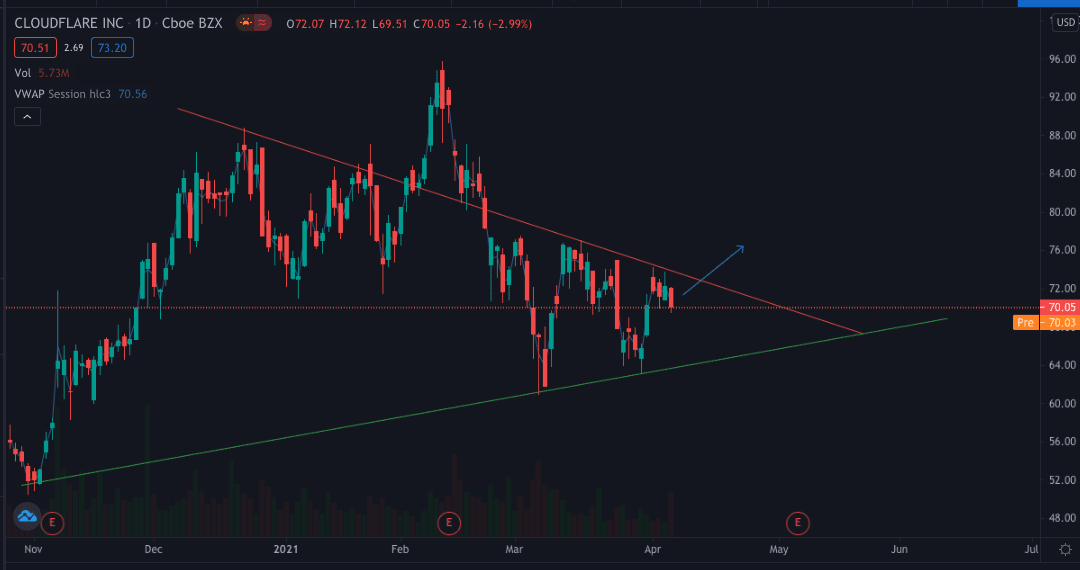